Albergo Stazione from 1910 to today

.It was sold on December 21, 1946 to Sassigrossi SA for seventy thousand Swiss Francs and the hotel’s name was changed to “Albergo Monteforno”.

During the 1950s, it was expanded with a new extension that was used
as a cinematographic hall called “Cinema Fax”. After the advent of television, the hall was restored and dedicated to parties and fabulous carnival balls.

A further renovation of the hall took place during the 1990s, when it was transformed into a disco and multi-purpose room.

On December 19, 1997, it was again in the hands of the Guzzi family when it was purchased by my father, Mr. Guzzi Alberto (1919-2008), and it reverted to its original name, but this time in Italian: “Albergo Stazione”. 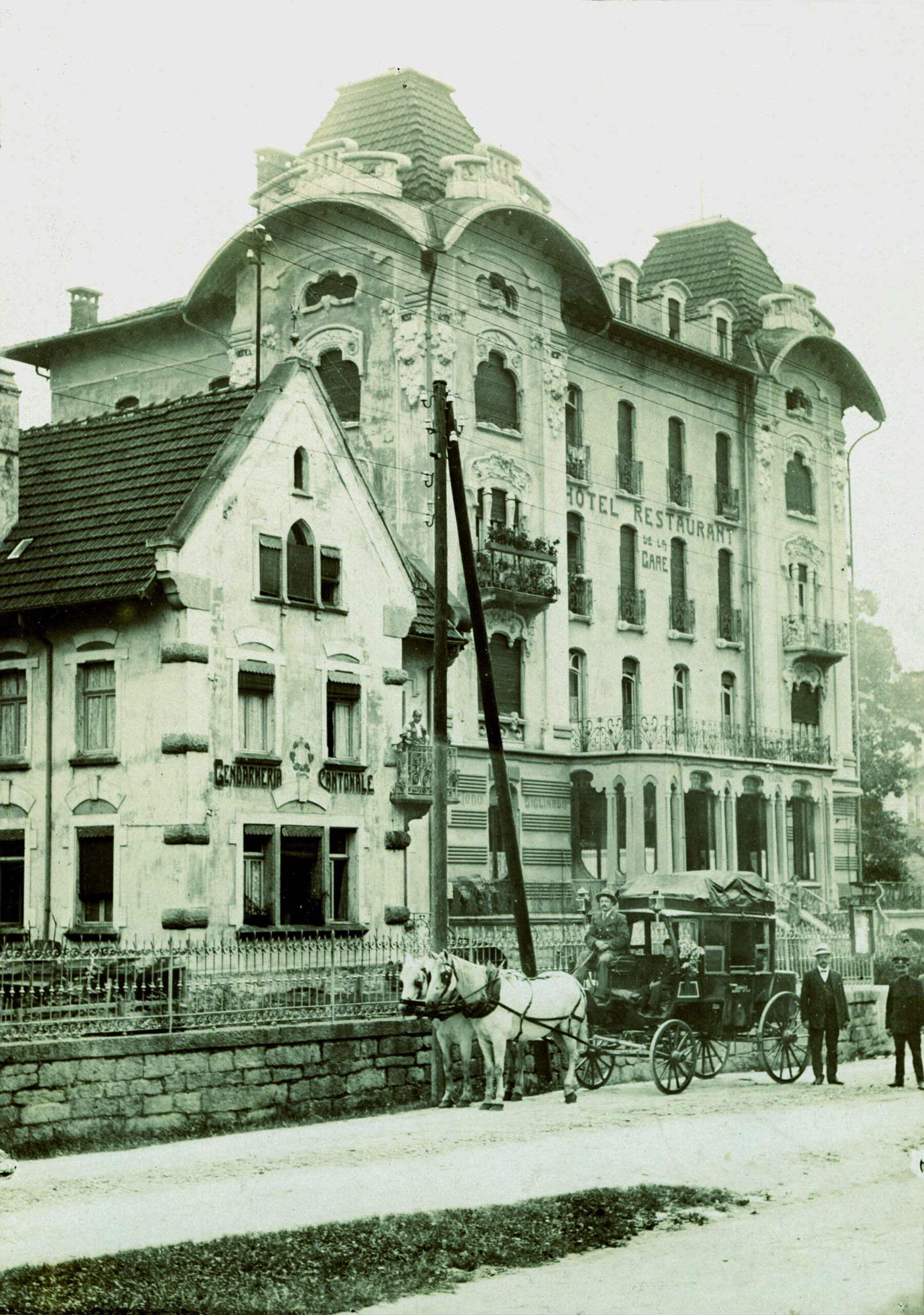 The restaurant, with air-conditioned dining room, is at the guests’ disposal.

The hotel has 30 rooms (single and double) with bathtub or shower, WC, TV, and internet connection. (Wi-Fi).

We have a large multi-purpose room suitable for banquets, parties, conventions, meetings, concerts, celebrations, business dinners and events that require a large space reserved for about 200 people.